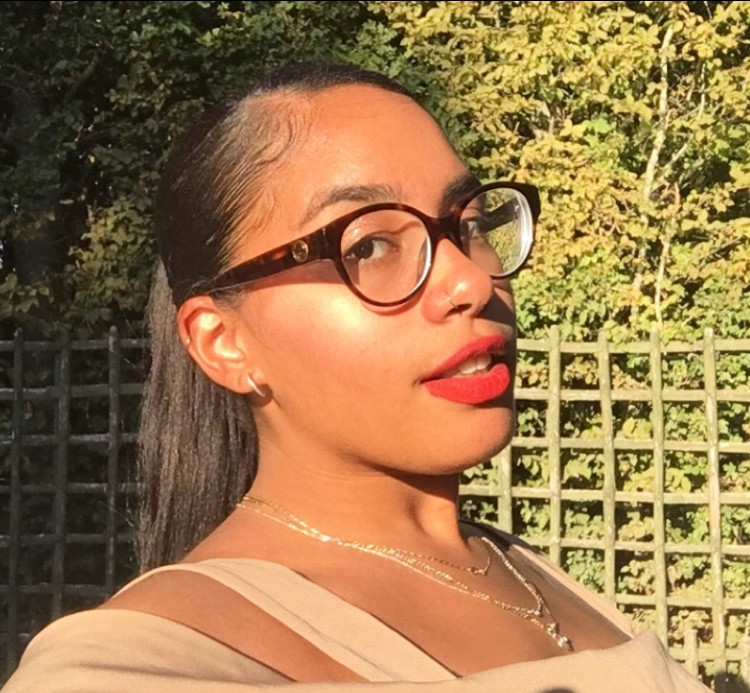 Shirley Reynozo is a New Yorker of Dominican origin. She went to Columbia Secondary School for Math Science and Engineering, a 6-12 school created in partnership with Columbia University. Having been influenced by the university’s academic culture, she participated in anthropology courses and was a member of the robotics club. After graduating in Lerner Hall, Shirley switched academic objectives from STEM to sociology and anthropology at New York University’s Gallatin School of Individualized Study.

After having been influenced by the Belgian-Rwandan artist Stromae, Shirley learned French though his lyrics and studied abroad in Paris (Fall 2017). It was then that she saw the differing perspective of racial identity. Having developed an understanding of France in relation to Haiti, Shirley was then motivated to understand her colonial relationship to Spain and the Dominican Republic. As a result, she studied abroad in Madrid (Spring 2018). Keen on drawing more parallels between the Global North and the Global South, she also studied abroad in Senegal (Summer 2018) and South Africa (Summer 2019). Her travels have influenced her studies, just in the way that her studies on racial dynamics across the Atlantic have influenced her decision to study abroad. Her travels have also influenced her to strengthen her linguistic abilities in Spanish, French and Portuguese. Based on her acquired global perspectives her Gallatin academic concentration is titled “Racial Politics in a Global Context.”

She hopes to ground her research and understand the nuances of racial imaginaries and identities within the French society in relation to its colonial, post colonial and contemporary socio-political structures.

Her ultimate goal is to write a novel that is influenced by her racialized and gendered experiences across the world.